Amanda Eller started out the day in a great mood.  The yoga teacher was in Maui and was about to explore a Hawaiian forrest the best way she knew how–with a short 3 mile run.  A little ways into the run, she felt winded and decided to rest a bit.  She thought it might be best to just “walk it back in” and she headed back to her car.  However, she was walking in the wrong direction.  After several hours, and many wrong turns, she felt she was just in a maze.  Amanda had no cell phone and was only wearing some light running gear.  Hours passed.  Then days.

Her official search lasted for three days, per standard procedure.  No expense was spared.  On the fourth day, volunteers and kind benefactors took over the search.  One week.  Two weeks.  They didn’t give up.  On the seventeenth day, Peter Vorhes was turning the helicopter around to go back for fuel when he and two other rescue volunteers saw a flash of color near a waterfall.  They moved closer and saw that it was a woman.   Twenty pounds lighter, Amanda was less than three miles from where her hike began, but with a broken leg, sun exposure and the rough terrain, that distance was insurmountable.

In a video she posted to Facebook, Amanda expressed her heartfelt thanks saying, “Just seeing the power of prayer and the power of love when everybody combines their efforts is incredible, it can move mountains.”

Amanda’s story, as incredible as it seems, is not unique.  Every day, all across America, search and rescue missions take place without regard to cost.  In fact, as long as you are in a national forrest, national park or other government owned land–and it isn’t a hoax–the lost one never sees a bill for the search.  Some states such a New Hampshire have started sending bills to those who have been rescued, if they didn’t have the $35 Safe Hike card, but the federal government won’t do that as Travis Heggie, former risk management specialist for the NPS (National Parks Service), said because they feel it could delay people calling for help.

Helicopters, first responders and trained professionals risking their lives–yes, that is the value of one person.

It is also the very heart of God.

Sometimes, there are puzzling things in life–like being lost for 17 days.  Sometimes there are puzzling things in the Bible–like the story of Absalom.  Frankly, 2 Samuel 13-21 is hard to read.  Amnon rapes his half-sister Tamar, her brother Absalom kills him two years later and flees the country.  His separation weighs heavy on his father’s David’s heart.  However, the Lord sees all of this and uses a wise woman to speak a Word unto David.  Absalom returns and essentially plots to take the kingdom away from David.  It gets pretty ugly.  However, in the midst of everything comes this one verse:

But God does not take away life; instead, He devises ways so that a banished person may not remain estranged from Him.  2 Samuel 14:14

Let’s just sit on that one.  God does not take away life.  His Word tells us, “The thief comes only to steal and kill and destroy; I have come that they may have life, and have it to the full.” John 10:10  He is the very author of life.  His heart’s desire is for us to LIVE. However, it doesn’t stop there.

He devises ways so that a banished person may not remain estranged from Him.  At first read, I always think that relates to Absalom.  Frankly, in the natural, he appears to throw away the redemption offered to him.  He appears to be a trouble maker.  I mean, twenty thousand men died (2 Sam 17:7) because of Absalom. But, what if it wasn’t about Absalom?  What if it was about someone else’s heart that was estranged from God?  What if this was all about the pursuit of Absalom?  What if it was about David?  Here is the truth.  We don’t know.  We can’t see into the hearts of men and we serve a God who tells us, “For my thoughts are not your thoughts, neither are your ways my ways,” declares the Lord.  “As the heavens are higher than the earth, so are my ways higher than your ways and my thoughts than your thoughts.“  Isaiah 55:8-9.  Honestly, it doesn’t really matter.  Here is what DOES matter.  Here is what we DO know.  God pursues us.

He devises ways so that we will not remain estranged from Him.

It’s His very promise to us spoken in His very voice.

The National Parks service actively searches for a person for three days.  Volunteers may do it longer, but with God, there is no time limit.  We can look at the scope of the rescues put on by man–like the one for Amanda Eller and know that they pale in comparison with God’s search and rescue.

So today, know your value.  You may be one, but you are valuable without measure.

What will you do with that knowledge? 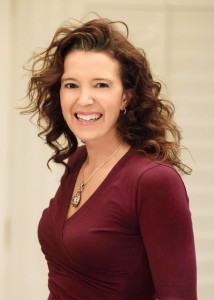 Deanna Duncan is a woman with a mission to share God’s love with people at all times. Sometimes it is as a mom, wife, life-group leader, small business owner or even as a runner. Her favorite time of the day is in the morning, when God’s gift of the morning sun filters through the drapes and paints the living room a buttery yellow color that just speaks LIFE.