Jacob could barely hear his father when he asked him to go and get the box from the shelf.  His father was weak and Jacob was trying to do everything he could to make him comfortable in what appeared to be his last days.  He handed the box to his father and the man took out a very dirty watch.  With great pride and joy in his eyes, he handed the watch to his son and asked him to take it to the jewelers and sell it for his inheritance.

The jeweler was very busy when Jacob walked in.  He took once glance at Jacob and saw that he was holding a dirty watch in his hands.  He just wanted the man out of his store.  “Five dollars,” the jeweler barked out.

Jacob could see the disgust in the man’s eyes, so he quickly left.  He stopped at the local pub and held the watch high in the air and asked for a bid.  The crowd loved Jacob’s father and took pity on Jacob.  “Twenty dollars,” one man shouted out.

Jacob went home and shared the story with his father.  Grief and sadness briefly passed across his face, but it was soon replaced by another look that Jacob did not know.  “Take the watch to the museum,” his father said.  “Do not leave until you talk to the curator.”

The son went to the museum and asked for the curator.  The man had kind eyes and gently took the watch from Jacob.   The Curator took a cloth from his pocket to wipe away some of the dirt.  He started shaking and dropped to his knees.  In a loud voice he shouted, “Guards, come!  Come quickly.”  Jacob didn’t know what to do as he was suddenly surrounded by four burly men in uniform, but the Curator’s face gave him comfort.  With a great smile, he looked at Jacob and said, “Son, this is a most magnificent treasure.”  His voice went on, but all Jacob heard was “one million dollars…”

For many years, I struggled with looking at myself the same way the jeweler looked at Jacob and the watch.  I saw the condition of the exterior and fell into the trap of worth.

Worth is a fickle thing.  It’s a judgement based system which can vary by the moment.  It is completely arbitrary.  (If you don’t believe me, I have a whole box of beanie babies that I will sell you for $100,000.)  Worth is in the eye of the beholder.

However, there is one thing that does not change–identity.  Identity is assigned by the creator.  It is fixed for all time.  That watch was crafted by a master.  It was one-of-a-kind.  It was designed with joy and has a true value that can not even be named…just like you.

You are crafted by The Master:

For you created my inmost being; you knit me together inside my mother’s womb.  I will praise you because I am fearfully and wonderfully made.  Psalm 139:13-14

You are His child by birthright.

Yet to all who did receive Him, to those who believed His name, the gave the RIGHT to become children of God.  John 1:12

For He chose us in Him before the creation of the world to be holy and blameless in His sight.  In love, He predestined us for adoption to sonship for Jesus Christ–in accordance with His pleasure and will.  Eph 1:4

Let’s park there for a moment.  In love, you were chosen because it pleased God.  It brings joy to the Lord for Him to call you daughter or son.  It has nothing to do with what we say, what we think, where we work, how we dress.  Instead, our identity as His child is what brings Him joy.  That’s pretty powerful, but wait.   There’s more…

But you are a chosen people, a royal priesthood, a holy nation, God’s special possession, that you may declare the praises of Him who called you out of darkness into His wonderful light.  1 Peter 2:9

The watch eventually became the centerpiece of the museum.  An entire room was dedicated to the story of the watch.  People traveled from around the world to read the narrative of how the watch was created by greatness, given to royalty and then hidden for hundreds of years.  Finally, it was found and restored.  Today it glows with a unique beauty instilled in it by the master and inspires all who see it–just like you.

You are God’s special, chosen child.  You were set apart before the beginning of time to do great things in His name.  You are the head, and not the tail (Deut 28:13) and most of all, He who is in you is greater than he who is in the world (1 John 4:4).  You are more than a conqueror–you are a child of God!

The watch may have a room, but you have so, so much more:

No eye has seen, no ear has heard, no mind has conceived what God has prepared for those who love Him.  1 Cor 2:9

This is your day!  Go and be amazing! 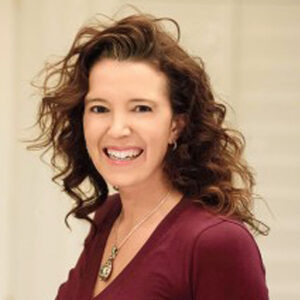 Deanna Duncan is a woman who lives in a constant state of Grace. Wife, mom, business owner and avid traveler, she loves nothing more than encouraging others and planning her next adventure.